Ballina, Co. Mayo lies at the heart of Mayo North with some of the most beautiful scenery in Western Europe within easy reach of the golden beaches of Enniscrone, Lacken and Killala to the majestic sea cliffs in Ballycastle.  This vibrant, historical town straddles the River Moy Estuary and is set in a stunning location between the Ox and Nephin Mountain Ranges.

Ballina has officially been designated as Ireland’s Salmon Capital by virtue of the quality of angling available on the Moy, and this status is echoed throughout the town with dedicated walkways along the river where tourists can observe anglers at the world renowned pools, beats and weirs. Among the town’s impressive vantage points are the town’s striking angling-themed pedestrian bridge and nearby Cathedral walk.

The Moy is not the only natural wonder in Ballina. Belleek Woods is located a short distance away from the town centre and is one of Europe’s largest urban woodlands with six miles of peaceful natural forest pathways with many hidden secrets to explore, and striking views of the Moy. It is also the setting of the majestic Belleek Castle which contains a 16th century armoury and the unique Marshall Doran Collection.

Just across the Moy from Belleek Woods is the charming old sea port known locally as The Quay or Crocketstown which has been named as a Discovery Point on The Wild Atlantic Way.

Widely recognized as a foodie destination, and recently awarded the ‘Purple Flag’ in recognition of its booming night-time economy, the town is also a cultural hub and hotspot for internationally acclaimed festivals such as the Ballina Salmon Festival,  Food Fleadh Ballina, Samhain Abhainn, Frosty Salmon Festival, and many other seasonal events.

Ballina is a goldmine of history and culture is steeped in heritage and tradition. The area provides a truly unique insight into Ireland’s history, from the world’s most extensive Neolithic site at Céide Fields to megalithic tombs dating back 5,000 years to the struggle for Irish Independence during the past 300 years.

Not surprising considering its natural resources, the town has evidence of habitation going back thousands of years with a wide range of megalithic monuments in and around Ballina from the 4,000 year old Dolmen of the Four Maols, to Belleek Castle, Moyne Abbey and St. Muredach’s Cathedral.

Ballina’s hinterland is also filled with archaeology and history and boasts the Céide Fields in Ballycastle, the most extensive Stone Age monument in the world, which is a 6000 years old and has recently been nominated a UNESCO world heritage site.

The Jackie Clarke Collection is a museum showcasing a collection of nationally and internationally important documents, maps and manuscripts from Irish and European History.

The perfect place to time travel through the terrain of Ireland’s compelling past, Ballina is rich in opportunities to explore the nation’s heritage and historical treasures.

Mayo is well known for its connections to Saint Patrick and the peak of Croagh Patrick famously marks the spot where he is said to have banished snakes from the island. Not only did this Mayo mountain takes its name from the saint, it is still customary for hikers to ascend to the top on a pilgrimage designed to honour him.

When you get there, enjoy breath taking views of the surrounding landscape, including the Aran Islands, and stand on the spot where, legend has it, Saint Patrick spent 40 days fasting back in 441AD.

But what are the origins of Ireland’s national holiday? Who was Saint Patrick and what kind of imprint did he leave on the Wild Atlantic Way in particular? This year, cast your mind back to the fifth century to understand how this iconic individual earned his place in the annals of history.

You can happily lose yourself among bay after brilliant bay in gorgeous County Mayo. With Mweelrea – its highest peak – perched in the south and those invigorating Atlantic waves cradling its north and western edges, this landscape extends quite the invitation.

Get to grips with some long-gone cultural heritage in The Lost Valley, Louisburgh. With its ancient village ruins and undisturbed landscape, it’s an unforgettable way to learn more about The Great Famine and starkly brings the hardship endured to life. Also home to a working farm, visitors get a true taste of west of Ireland rurality and of course, mesmerising natural scenery. Considered ‘lost’ because access to it was treacherous until the late 1980s, this lush valley has been in the Bourke family for more than a century.

The historic Leigue Cemetary located in Ballina and is one of the largest burial grounds in County Mayo, at 15 acres with over 3,000 graves inside its walls. In the last decade or so, it has gone through major care and restoration.  It is a large area, whose size can be mainly contributed to the two older sections of the cemetery being amalgamated with the old ruins of Kilmore Church and the Old Leigue Cemetery located inside the walls at the top of the hill. Many of these older graves are still unmarked. However the majority of graves are located in the new section which consists of headstones dating back to about 1900.

The story of the cemetery dates from the fifth century, during which time none other than St Patrick is meant to have spent time here.

Nestled among County Mayo’s majestic Nephin Beg mountain range lies an expanse of picturesque land that feels like your own private hideaway.

The third largest of Ireland’s six National Parks, this is the place to escape to when it’s time to truly go off-grid and get back to nature. Boasting the Owenduff/Nephin bog complex, the largest and most intact example of active Atlantic blanket bog in Western Europe; stunning Slieve Carr, Ireland’s most remote mountain; and some utterly exceptional wildlife – Irish mountain hare, red fox, pine marten, otter, red deer and exceptional rare birdlife including merlin and golden plover – this all-encompassing National Park never fails to captivate.

If the sight of crashing waves and boundless beachy stretches are what really get your motor running, you can’t afford to miss this dual-day driving route along the scenic Sligo and Mayo coast. Discover ancient secrets at Carrowmore Tombs, Ireland’s largest megalithic cemetery, before taking in the stunning sea stacks at Downpatrick Head, a Signature Discovery Point on the Wild Atlantic Way. From dune-backed Strandhill to the buzzing heritage town of Ballina, this trek, topping off at just under two-and-a-half hours, will be the talk of your next get-together, especially if you opt for any of the many adventure activities on offer along the way.

Something of a Wild Atlantic Way celebrity, the Galway and Mayo coastline offers up sensational scenery that attracts weekend holidaymakers from all over the world. Boasting such breathtaking beauty spots as Connemara, the Great Western Greenway, and pretty Westport, this two-day itinerary is sure to stun, peppered as it is with offshore islands, atmospheric ruins, and towns and villages that seem plucked from the pages of storybooks.

Fill your lungs with its salty air, expand your mind with its creativity and culture, share a smile with its lively locals and open your heart to its incredible experiences. This is captivating coastal life from head to toe, northern reaches to southern corners. Soak up every drop. Embrace the Wild Atlantic Way of life. 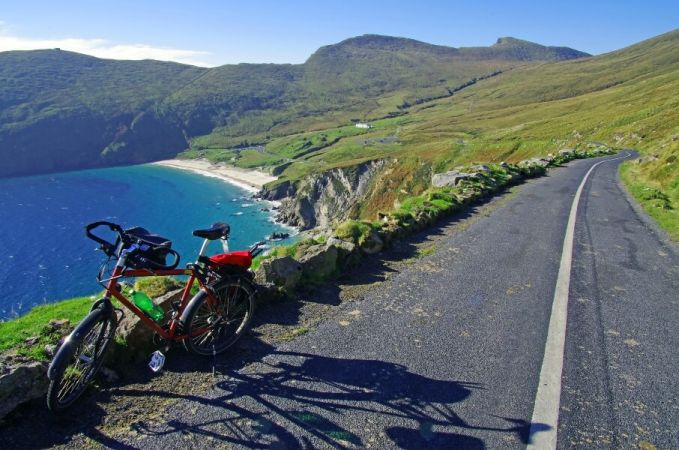 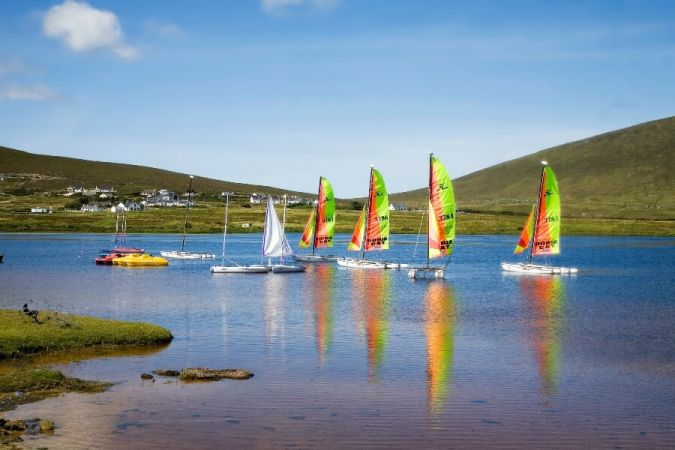 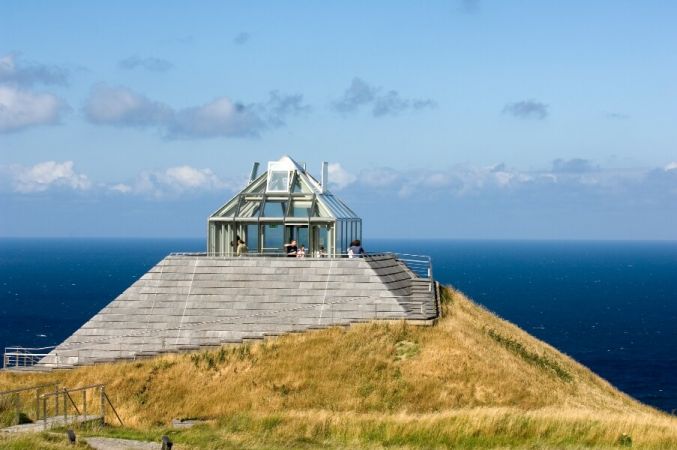 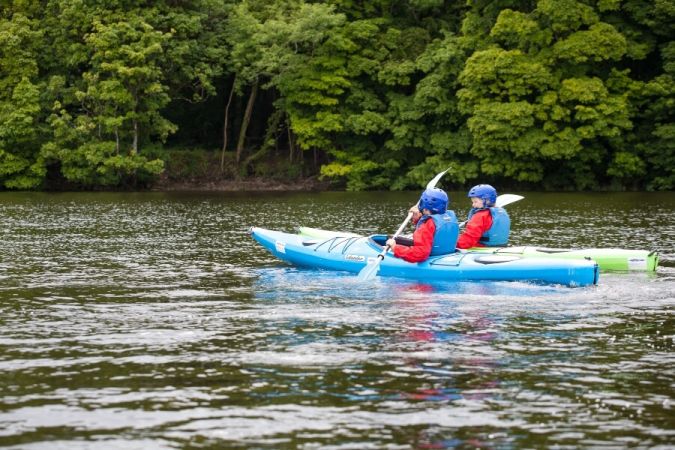 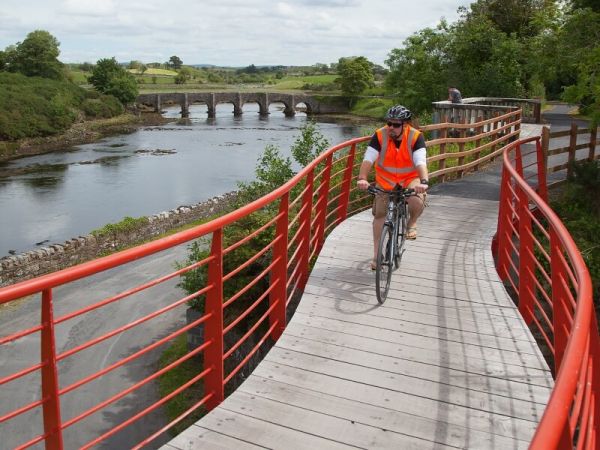 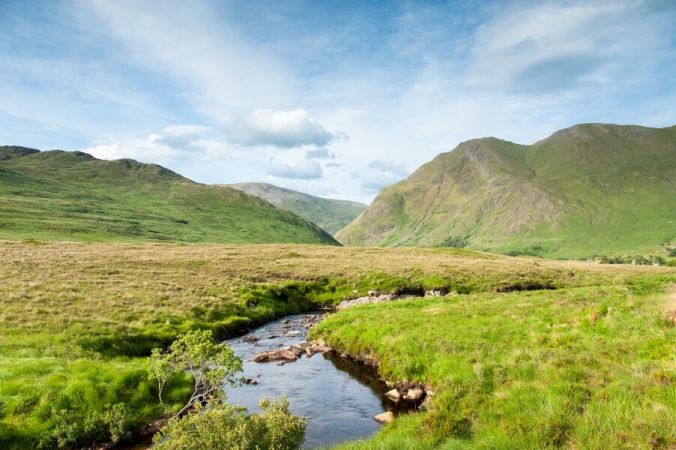 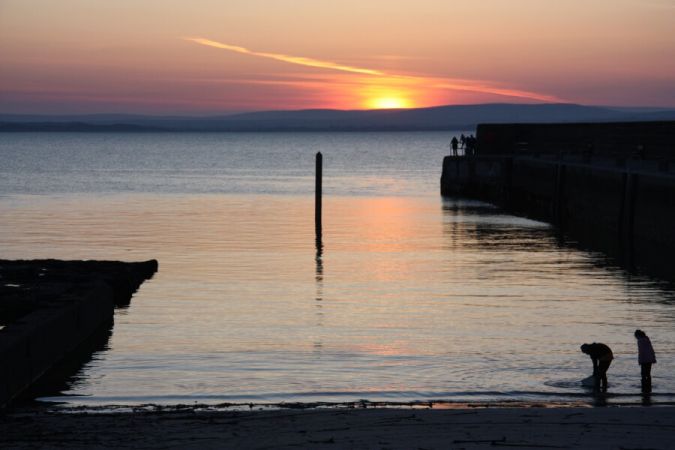 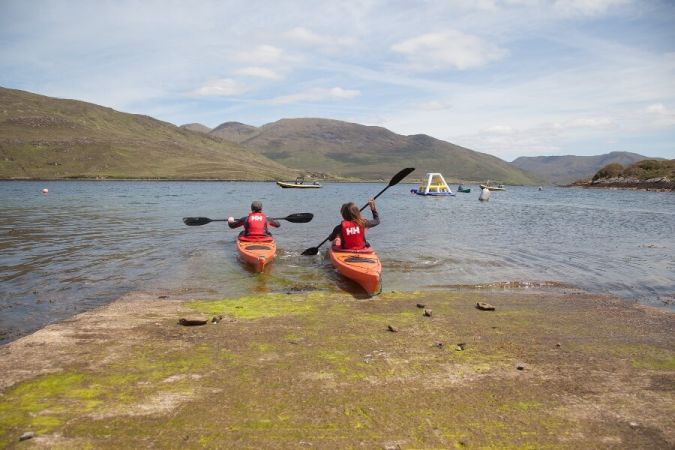 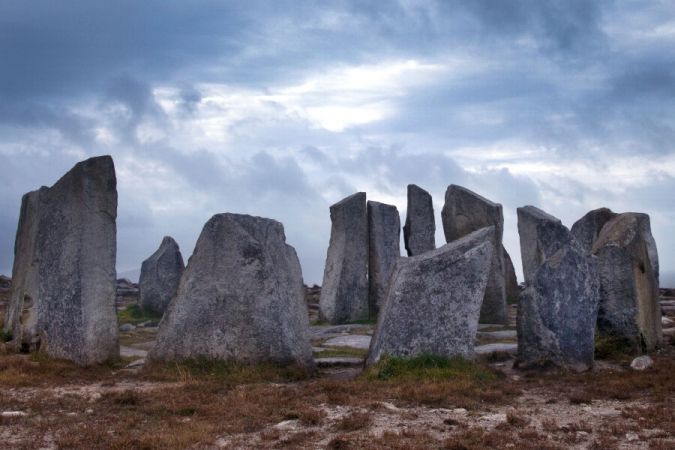 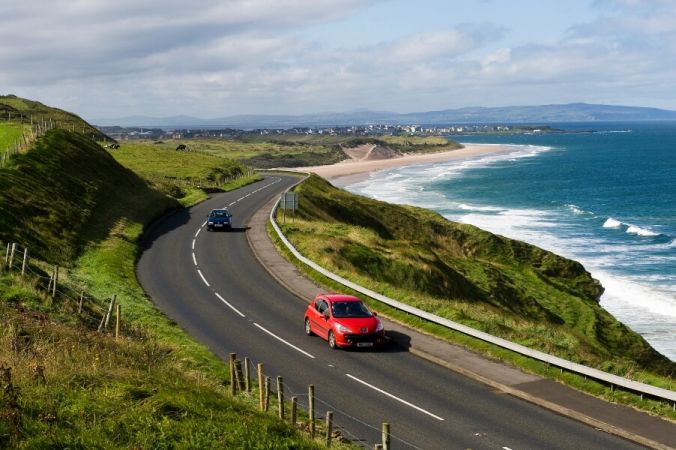